NuStar Energy is one of the world’s most important energy firms. It employs around 1,600 people worldwide with a turnover of over $2 billion and operations in the United States, Canada, Mexico, the Netherlands, the Caribbean and the United Kingdom. NuStar is also well known for its progressive approach to employee relations and corporate social responsibility and has been ranked as one of FORTUNE magazine’s “100 Best Companies to Work For” for nine consecutive years, alongside other awards.

A lease expiry offered NuStar a chance to completely rethink its working environment. Following a competitive tender process, Fresh Workspace were appointed to reinvigorate the look and feel of the company’s UK operations which made the very best of the space available. The result is an efficient and effective corporate space with an open plan office, boardroom and meeting spaces as well as private executive offices to maintain confidentiality.

“Fresh workspace supported us throughout the process from planning through to completion of the works. Their pro-active approach to solving unforeseen problems and managing costs was invaluable. Mark Finnie - Executive Head of Finance”

“Fresh Workspace provided us with an expert guiding hand at all stages of the refurbishment of our office space. The results they achieved outshone our expectations. Andrew Dodson, Scheme Director”

“The design of the offices wasn’t merely an update on what we’d done before. It reflected an entirely new approach to the business and was a key part of a new message about our values and identity. We couldn’t be happier about the dedication, professionalism and creativity Fresh brought to the project.”

“Fresh have continually delivered an excellent service and have been hugely beneficial to our organisation. A pleasure to work with.”

Take a look at other projects 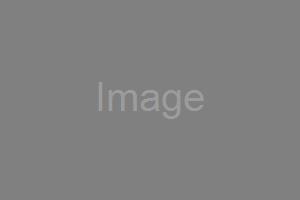 (UK NEQAS ICC & ISH) provides an international external quality assessment and technical advice/education service to healthcare laboratories in the UK and throughout the world.

With over 20,000 members in 61 countries, the Institute of Biomedical Science (IBMS) is the leading professional body for scientists, support staff and students in the field of biomedical science.

get in touch with us